Kylie Padilla does not regret her past relationship and would still go through it again despite knowing how it would turn out.

Padilla said this in response to a netizen asking if she would still choose “him” again if she ever knew how things would end. The query came from a question-and-answer session Padilla hosted on her Instagram Stories yesterday, March 14. Though Padilla did not name her estranged husband, actor Aljur Abrenica, she seemed to be pertaining to their two sons, Alas Joaquin and Axl Romeo, in her answer.

“Yes. We made two angels together. No regrets,” she said. 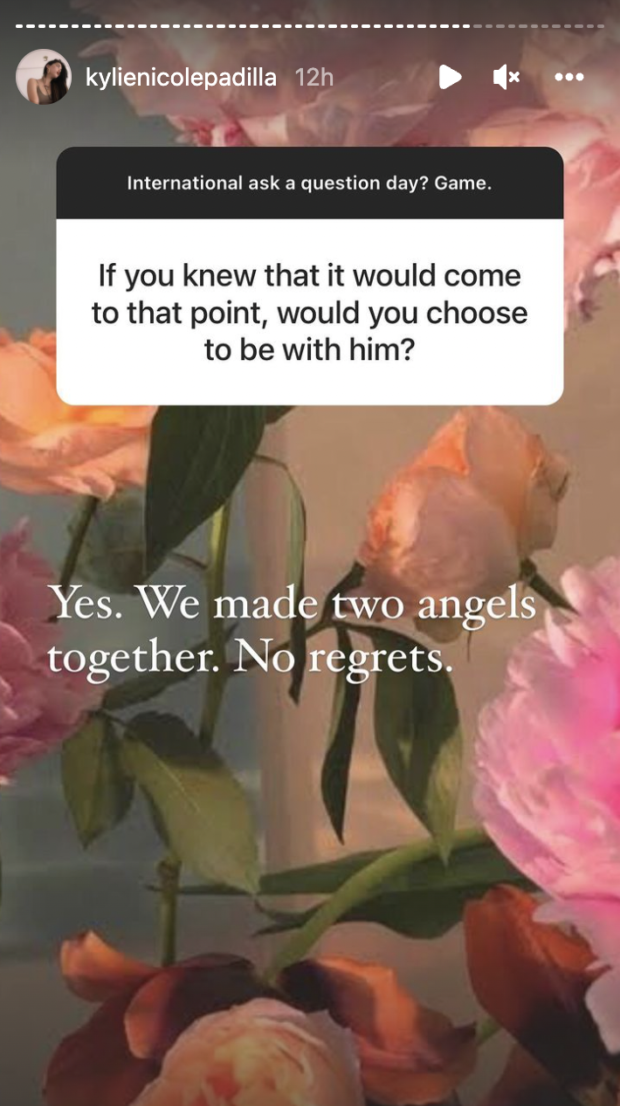 The actress also spoke about having “real closure,” in response to another netizen who asked about when did she realize that her feelings for her “ex” have changed.

“When you have real closure. A real open and honest conversation about what happened. And through [that] you’ll find acceptance. I don’t believe you ever stop loving someone you loved before,” she stated. “But you understand that it is now the past and hopefully it becomes gratitude and something pleasant to remember.” 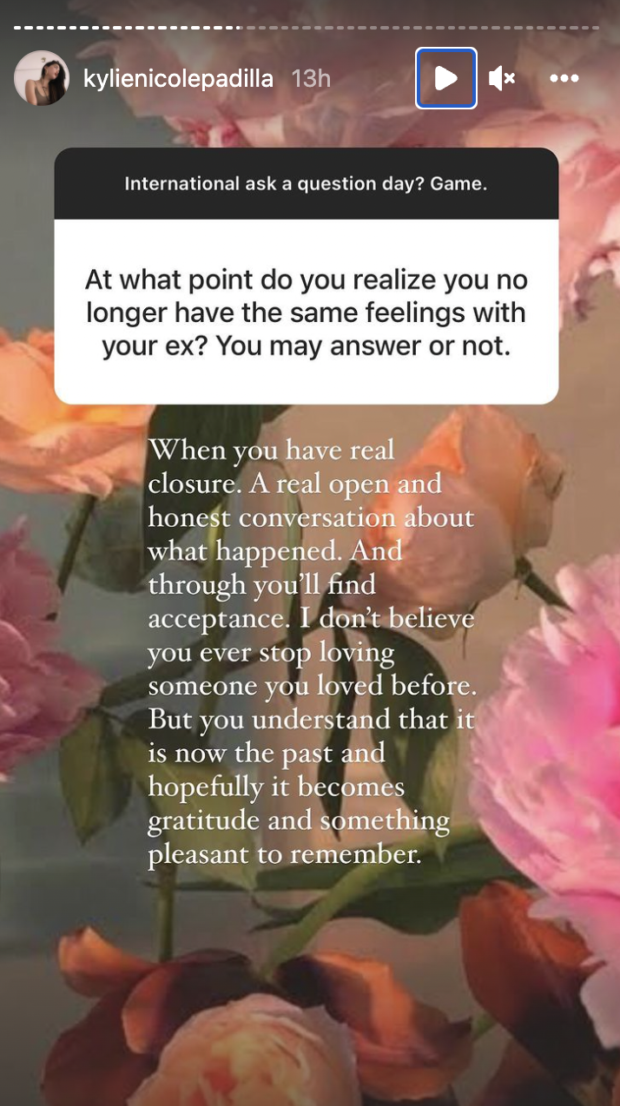 When asked about the status of her love life, Padilla answered that she “got a lot of self love.” She also admitted that she’s not yet ready to fall in love again, but described the state of her heart as “calm.” 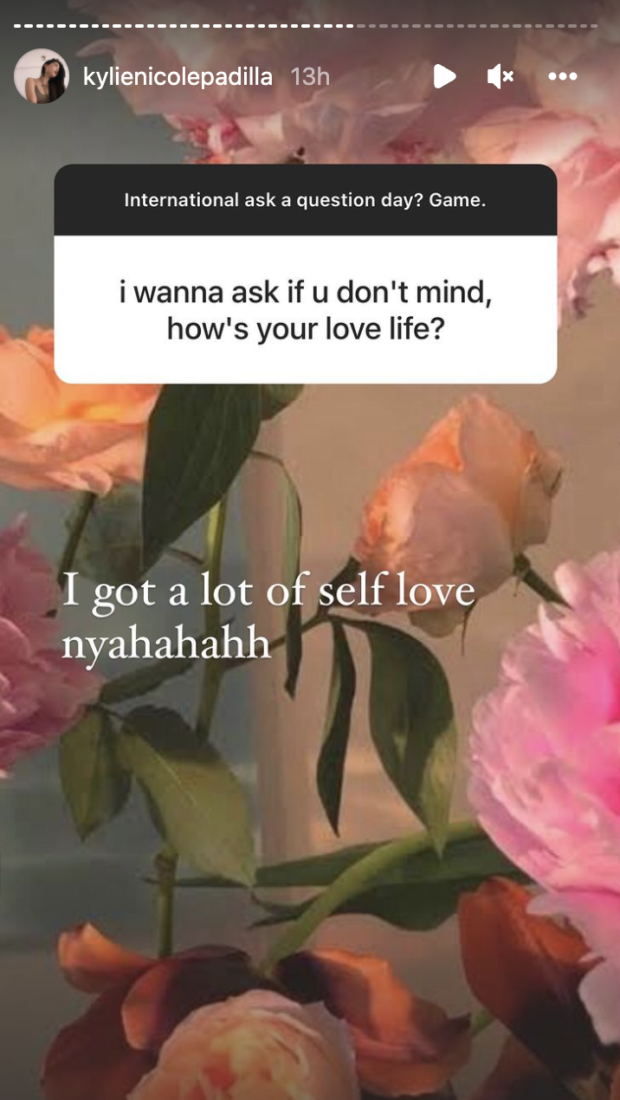 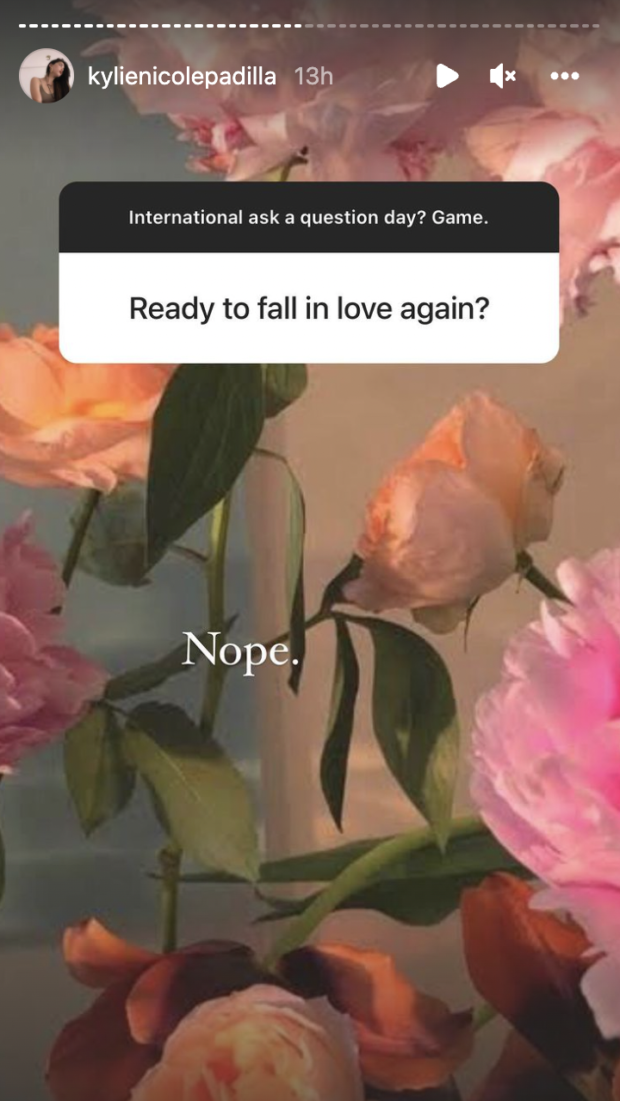 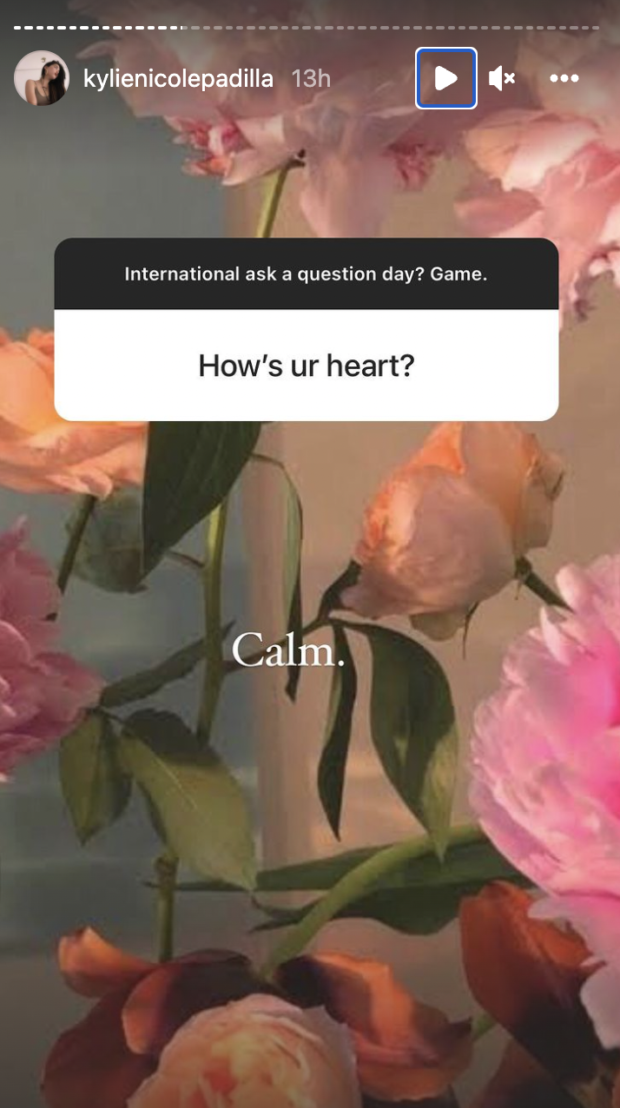 Padilla and Abrenica’s breakup was revealed to the public last year, after Kylie’s father Robin Padilla confirmed it to talent manager Ogie Diaz in a vlog. Robin said the separation was due to a supposed third party.

Abrenica was linked to actress AJ Raval at the time. Though Raval admitted that she and Abrenica are in the process of “getting to know each other,” she denied that she’s the reason behind the split. Raval also recently told fans that she will inform them when the two of them become “official.” JB

The hottest entertainment news straight to your inbox

Don’t miss out on the latest news and information.